After 28 years of trade Amigo’s has closed in North Hobart with tentative plans to relocate elsewhere. Burger Got Soul will be opening its fourth Tasmanian store at the site.

Hole in the wall cafe Shotgun Coffee is opening in Murray St near the entrance to Cat and Fiddle.

Koonya Garlic Festival on the 24th of February is approaching.

Imago Bakery and Patisserie is opening soon in Elizabeth Street with the talented baker David Flukes at the helm.

Upmarket bar and eatery The Den has opened in Salamanca, trading 11am til late 7 days.

The Taste of Tasmania runs from the 28th of December to 3rd of January on Hobart’s waterfront. This year will feature 21 new stallholders, 42 tasting plates priced $4-$6 and a completely revamped outdoors area. Entry is free.

‘And Your Just Desserts’ is opening soon in North Hobart. 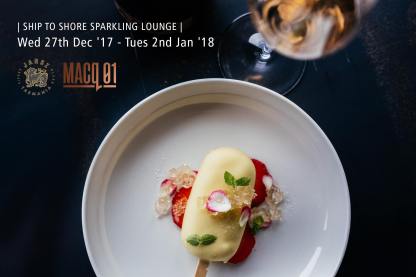 Jansz have teamed up with MACQ 01 Executive Chef Simon Pockran to present a pop up of food and bubbles during the Sydney to Hobart celebrations. The Ship to Shore Sparkling Lounge runs 27th December until the 2nd of January inside MACQ 01.

Three in 1 closes its doors on the 30th of December.

Spanish inspired bar Faro Tapas has opened in the new wing of MONA Museum under the eye of Chef Vince Trim.

Gin-uary Gin Festival is being held on the 27th of January at The Goods Shed featuring a lot of gin, complimentary tacos, demos, live music and more.

Abel Land has opened in Murray Street serving a variety of Bao.

S Sushi is opening in The Wellington Centre.

Yippee Pie Yay on Facebook, go on, give us a like🙂 Have some news for the next edition? Message Carl or email us at yippeepieyaytasmania@gmail.com