Boasting a wall of rum, cocktails on tap, and some mighty fine food, there’s a lot to like about Rude Boy.

After months of rumours, the transformation of a rug shop into a Jamaican bar was swift and effective. The former showroom houses the bar and kitchen while storerooms out the back have been converted into dining areas including an intimate ‘cigar lounge’. Work is well underway turning upstairs into a function space. It’s a fun and relaxed place to be. 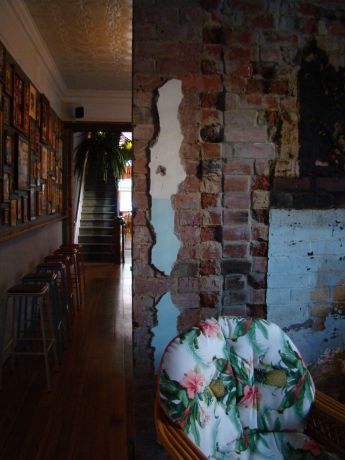 The design features don’t take themselves too seriously and there’s a lot of reward on offer for those that investigate the space closely. I won’t ruin too many surprises but a glorious golden pineapple chandelier gives a taste. 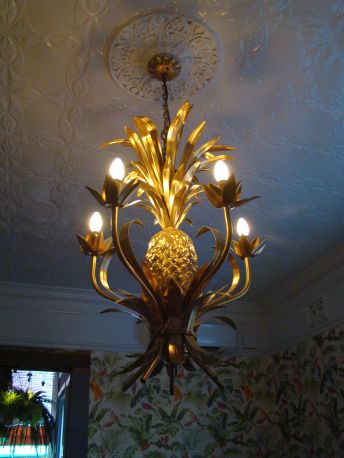 I love a good rum and this bar has plenty. A journal on the table lists all the varieties available from the wall and it’s a thick volume with 110 rums and notes on the history of the spirit. The wine list is understandably small but very well thought out with some enticing drops. 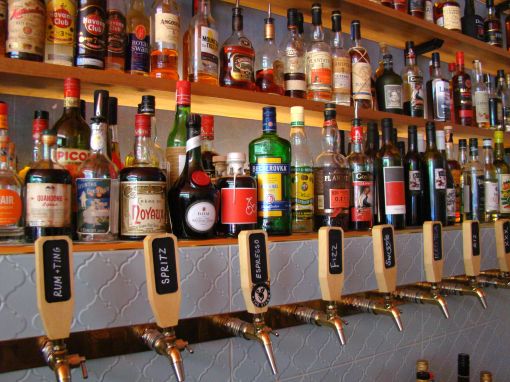 As well as beer and cider there’s a range of cocktails available on tap by the glass, half litre, or full litre. An Espresso Martini keeps things local by using coffee from The Stagg a couple of doors up. The mixers are made fresh in house. We enjoyed the ‘Rickey’ with pineapple, lime, sage, elderberry, dry vermouth and gin. A wonderfully refreshing concoction. 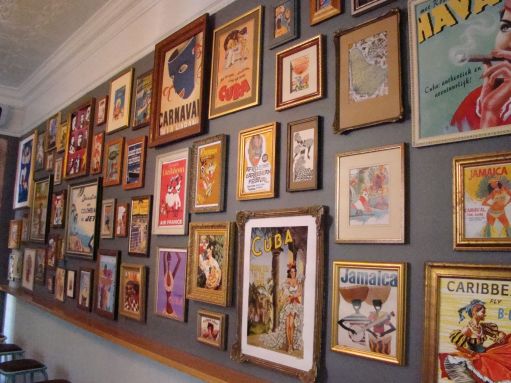 There is plenty of temptation for operators of such venues to let the booze draw the crowds in and leave the food as an afterthought. Not here. Chef Courtney Drew has created an exciting assortment of dishes in a compact menu that encourages further visits.

The cerviche is incredibly fresh with large chunks of flesh retaining the flavour of the sea complemented with lashings of lime, coconut, and mint. House made crisps are provided to scoop it up. This really is a great dish with clean flavours.

Chicken ribs I’ve tasted before but this was the first time I’d been excited by them.The meat is pulled back off the bone before being breaded, spiced, and deep fried. It’s a tender and juicy cut and the temptation was strong to order more and more.

The croquetas were likewise excellent. Available in pork or vegetarian they were more light and fluffy than often found elsewhere and seasoned well. Although most of the dishes were garnished with slices of chilli they didn’t pack much of a punch themselves heat wise but they’ve a collection of hot sauces available for those that prefer more.

Bammies I hadn’t encountered before but soon learnt they’re a Jamaican dish  similar to a tortilla shell but made with cassava and topped in a similar fashion. Here at Rude Boy the toppings change on a regular basis with pork, jalapeno and pineapple on our visit. They’re a great little bar snack.

It was mentioned that the whole menu was being revised and changed every 6 weeks or so to try new things and see what worked. It’s the first time some of these traditional dishes have been presented in Hobart and the response so far has been very positive.

It’s not all bar snacks. They’ve more substantial dishes perfect for sharing or enjoying alone such as a traditional Jamaican goat curry and a dish of jerk chicken. Pressed Cuban style sandwiches are also on offer with a variety of fillings. A dessert menu features flavours of fruit and rum

Service was pleasant and knowledgeable from industry professionals. It’s a relaxed space but they know how to treat the customers well. 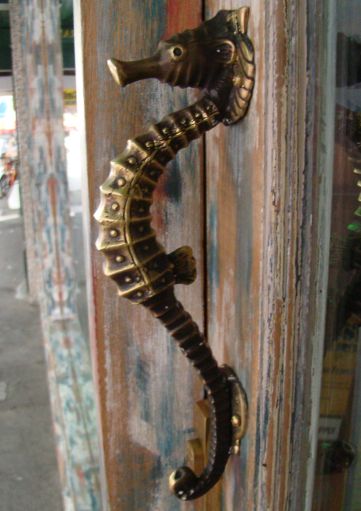 If it wasn’t obvious already I’ll say it clearly. I liked Rude Boy a lot. As a spot for us weary chefs to grab a knock off drink and late bite to eat it was perfect but it’d be the same for someone after a meal or a group out celebrating with cocktails in mind.

Rude Boy is open from 3pm until late Tuesday to Saturday at 130 Elizabeth St, Hobart